Punctuation is an important subject when it comes to the formation of Words into more complex structures such as sentences and paragraphs.  Punctuation involves placing symbols, or punctuation marks, into our text to break it into smaller, more easily consumed phrases.

Note: The following is an excerpt from Fundamental Writing Skills for Self-publishing Beginners.

Though punctuation is an extremely important subject, it’s also extremely simple, so you’ll probably be surprised at how fast you learn my abbreviated rules to punctuation.

Note that this is not a detailed guide to English punctuation.  My belief is that I can write anything given a period, question mark and a comma.  Spot me a double quote for dialog, and I’ll throw in fiction for you.  My point is that punctuation need not be complex to be effective.  I’ve been attempting to demonstrate that fact throughout my writing style in this guide.

I’ve written to this point in the chapter using nothing but periods and commas.

Can I say it enough?  Punctuation need not be complex to be effective!

“Oops, I’ve added a question mark and exclamation point to the chapter, to say nothing of the double quotes enclosing this dialog,” the author quipped.

Here it is, punctuation.  That complex and scary dragon that I’m about to slay with four simple rules and some comments.  Are you ready to learn how to use simple punctuation?  Me too, so let’s get started!

Use a single period (.) to terminate a sentence.  Yes, it really is that simple.  Begin a sentence with a capitalized word and terminate it with a period.  If you’re following along, go ahead and write several sentences in your journal or word processor window.

The first rule is simple: terminate a sentence with a single period (.).

Use commas to insert pauses into sentences.  Before beginning to use commas, note that it’s better to use too few commas than too many (comma-itis).  It’s also best to read your work out loud to hear the pauses, which are the commas, in your writing.

I’ll have a great deal more to say about commas in the remainder of this document and series.  For now, let’s suffice it to say that you’ve learned your second rule:

The second rule is vaguely defined: use commas to insert pauses into sentences.

Use a single question mark (?) instead of a period (.) to terminate a sentence that asks a question.

Do you understand this rule?

I certainly hope so, otherwise, you’re not very perceptive.

Use double quotes (“”) to enclose dialog.  This rule applies mainly in fiction since people are rarely quoted in non-fiction.

Notice how Microsoft Word inserts smart quotes (quotes that angle toward each other) at the beginning and end of a quote by default.

I’ll be discussing dialog in greater detail in a later chapter.

For now, that’s it!  These are the basic four laws of simple punctuation.

I can write compelling and persuasive prose using no punctuation other than a period and a comma (okay, and a question mark too).  Of course, you’ll have to include the double-quote for dialog if you want me to write fiction.  The exclamation mark can come in quite handy as well.

Four shape punctuation.  That’s what I’m promoting.  Begin simple, then use the remainder of this guide to add complexity to your well-formed sentences.

Now that we’ve established them so beautifully, let’s go break a few rules…

Sentences are terminated by one of three punctuation marks: period (.), question mark (?) or exclamation mark (!).

Notable exceptions include the use of the colon (:) to terminate a paragraph before a list as in this example:

The first item.
The second item.

Note:  The items in a bulleted list and titles are not terminated using punctuation.

When I Use Exclamation Marks

“Don’t you dare!” she exclaimed.

2nd Law Expanded Upon: Use Commas to Insert Pauses into Sentences

In this subchapter, I want to demonstrate four specific instances in which to use commas to insert pauses into sentences.  I want you to read these sentences out loud so you can hear the pauses being inserted.

First, there was the weather.  To be fair, it wasn’t that bad.  In fact, it was pretty good.

These are all little pre-sentence qualifiers that give you a hint as to what the sentence is going to say.

He won the first, second and final race of the day!

Strunk and White and the Oxford comma versus the newer Chicago style.

Sir Anthony, a notorious womanizer, was the last to arrive at the party.

Parenthetical expressions sound to me as though they’re being whispered in the middle of a sentence.  You could use parenthesis to enclose these though I feel parenthesis look out of place in fiction writing.

“You must be mistaken,” Audrey exclaimed.

When you add who’s speaking, you terminate the quoted statement with a comma instead of a period.

I never use single quotes.

Use quotes and a period terminator when performing simple quoting of statements.

Note the comma between the first statement and the target of the statement.

Use quotes and a comma to identify the source of the statement.

Note the second comma that extends the dialog through “Laura said.”

I’ll see you in the classroom,

I was born in the middle of the last century in Los Angeles, California. After retiring early from programming, I began writing books, self-publishing on Amazon and recording training videos for Udemy. I currently live in Las Vegas, Nevada, with my lovely wife and Butterscotch the cat. 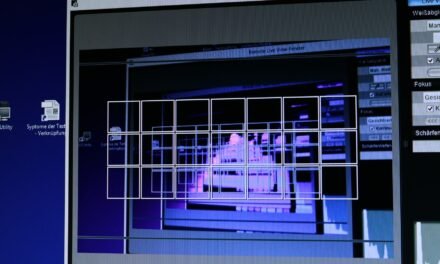 Screenshots with PowerPoint (Part I)

Writer’s Introduction to the Business of Self-publishing

Creating Book Covers with the GIMP